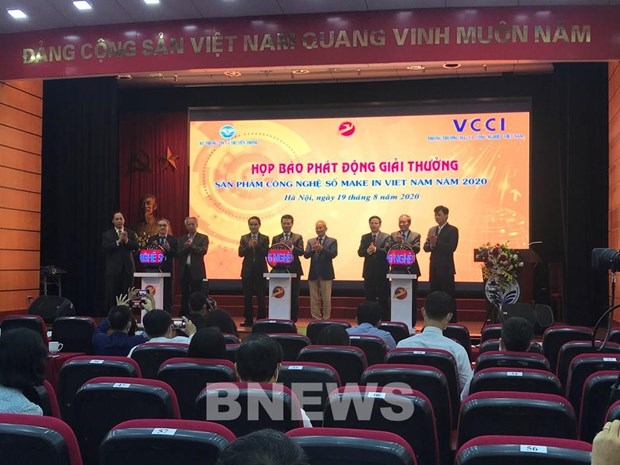 At the ceremony launching the awards held on August 19 (Photo: VNA)

Hanoi (VNA) – Entries for the first “Make in Vietnam” digital technology product awards closed on October 20 and 239 submissions were received in the two months since they opened on August 20.

The figure was released at the first meeting of the awards’ jury, held in Hanoi on October 22, during which participants discussed the criteria for assessing products. An awards ceremony will be held in December as part of a national forum on developing Vietnamese digital enterprises.

Addressing the meeting, Deputy Minister of Information and Communications Phan Tam acknowledged the efforts by the organisers, the jury, and others in building such a national-scale IT award.

The competition was open to enterprises from all economic sectors. Organised by the Ministry of Information and Communications and the Vietnam Chamber of Commerce and Industry, the awards sought outstanding products that could serve as pillars in national digital transformation, thereby helping turn Vietnam into a digital economy.

Entries needed to be designed and developed in Vietnam and resolve problems facing the country. There are five categories: digital platforms, digital products, digital solutions, narrowing the digital gap, and potential digital products./.